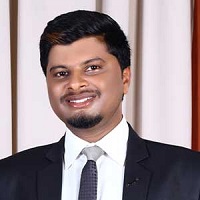 A young man who fought with his destiny

The protagonist of our story is also a youth who has become the strongest foundation of his family today due to his passion for Galway business. Star Royal President in Galway Business Yeli Mela Mahender Reddy's house today has all the comforts of luxury, expensive cars and property worth crores. He might be younger in age in terms of success he is senior among all. It is said that not everyone knows the value of shining gold, but few people know the struggle behind the making of pure gold. So let’s hear,

Yeli Mela Mahender Reddy's story from the struggle to success by himself.

War with poverty
Recalling the most difficult phase of his life, Yeli Mela says that the house I was born in falls in the Rangareddy area of Telangana. My father was a farmer and we faced lots of financial crisis. We could not even get enough food. Only one person was the bread earner of the family, who use to feed four people. As I was growing up, I saw the economic problems of the house was getting worse and then I decided on the same day that no matter what, I will take my family out of poverty trap.

“I heard somewhere that opportunities knock in the door of your life once or twice and if you missed that opportunity then even if you keep the door open all your life, that opportunity does not return. Thinking about this, I decided to do a Galway business. It August 2013 I had a chance, but there were still new stages of struggle and learning to be seen. Most people tried to discourage me when I started doing business. People used to make fun of him saying that he got caught in the wrong business. Hearing this, the family also got frustrated but I did not lose courage.''

In desperation, he worked diligently in the Galway business and the doors of success opened for him. Here, he made the same mistake that a player often makes in the playground. It was a mistake to enter the business field without training.

Most of the people I approached to do business refused. Then I decided to leave the business but that time my upline and seniors took care of me and told me that doing business without training is like flying without wings, where the fall is fixed. Under his guidance, I took every training related to the Galway business. Be it training hot, warm and cold list people, I learnt how to approach properly, saw business plans or product demos. After training, I first used Galway Products myself, along with giving products to my family members as well as relatives. The advantage of this was that my retailing started growing and seeing positive response from friends and relatives started.

According to the Yeli Mela, “in this way, the star of my destiny started shining and in about 4 months I became the star President.” Gradually hard work and support of his upline helped . to become Star Royal President . Having fulfilled all the dreams that I used to see in the days of poverty. “Imagine my first incentive was Rs 1600 rupees and my highest incentive has been about 22 lakhs”. This is possible only in the Galway business. Here everyone is given opportunities to rise up. My father's dream was to buy land and tractors, so for him I bought land and tractors. To fulfill his hobbies, he bought two cars Alto and Duster and also Royal Enfield. Will be buying a third car soon. Apart from this, I have also bought two flats at the best location. In 4-5 months, I will have a luxurious home in Vikarabad district. I am spending around 80 lakhs to 1 crore in the construction of this house. The biggest thing is that I married the person I loved and the marriage was such a royal one that people had never seen in that area.

Overall, Galway Business has made them such a strong foundation on which the building of prosperity, not of their family, but of generations to come, will last for years. It is difficult to find such a successful person of his age. His chest widens with pride when he is called the most famous and successful businessman of his society.