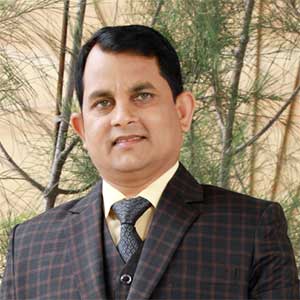 Hardship is the new definition of success

In the world of psychology, "there is a big discussion of the book 'Mindset' written by Professor Karel Dwek. In this, Karel decodes the code of success-failure saying that there are 2 kinds of behaviors inside every person, the first 'Fix Mindset' and the second 'Growth Mindset'. Success and failure is dependent on these behaviors. Now what are these, let's know".

Indeed, people who have fixed mindsets agree that our intelligence and creativity are fixed, stable, that is, they cannot be changed. That's why such people try to find the Fix target and never take risk in life. Whatever they get they believe it as their destiny. People of such mentality do not accept change and accept defeat very quickly.

On the other hand, people with growth mindset consider the challenge and defeat as an opportunity to move forward. They find success in their failure. They try to achieve any goal by increasing the ability to learn and solve problems. Even in the worst times, they do not compromise with the situation, but always search new directions to make it successful.

Today you are going to read about a protagonist, a hero who might has begun his life on the pattern of the Fix Mindset but has changed his future on the basis of Growth Mindset. Today he has achieved the status of Royal President in Galway Business. The name of this hero is the Mundrika Gopea.

This rank in Galway Business means getting tickets to fulfill every wish of life. To realize and fulfill every Dream, to find a great house or a bungalow. At the end being a Royal President  means achieving the ultimate overall wealth and fame. It is said that successful people do not come from any other planet or the sky, they are just one of those from the crowd of ordinary people. This person called Mundrika Gopa Bodh Gaya, is a person born in a normal family of Bihar. His father used to work in the Coal Field and he used to be a farmer. Yet their collated hard earnings could not bear the burden of the household.

Since their mind ran on the growth mindsets instead of Fix Mindset, they did not compromise their circumstances and refused to live in poverty. For this, Mundrika started working really hard. He used to work and got drenched in sweat for 12 hours in the field and also did 2 hours of self-study so that he can find a good job that would transfer their life on the track of prosperity.

Today he elaborates the experience that he had while he held hand of Galway Business. He says that at that time, uplines and seniors explained the importance of teamwork. He stated that “Then I realized that you are not alone in this business. Your success depends upon the success of all the others. Galway Business has made my every dream come true, which I had seen in the days of poverty. When I had a bicycle, dreamt of a motorcycle and today I am the owner of a magnificent BMW X3 and Mahindra XUV-500.

During my childhood I was not able to study but I am making my children study in D.A. V public school. There were times when I was not able to roam in my own city but now I am roaming around the world. I have visited almost all the top cities of India and also have visited countries like Dubai and Bangkok. Mundrika Gope wants to pass this message that all his partners are Distributors can become Mundrika Gope. He says if he can then everyone can.