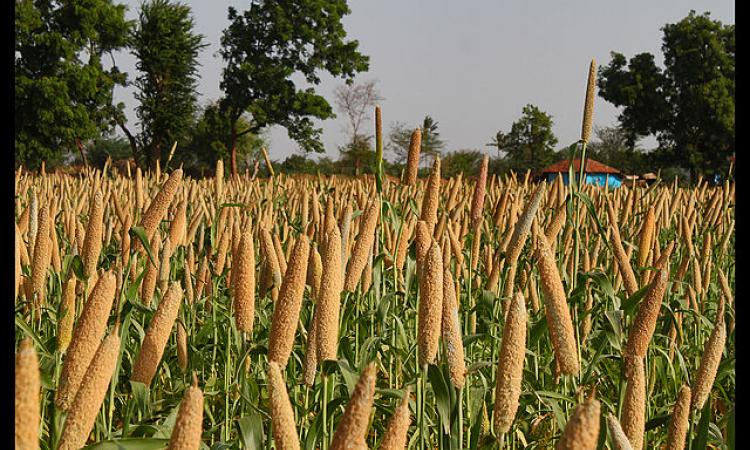 Millets are one of the oldest foods, these are the small-seeded hardy crops which can grow well in dry zones or rain-fed areas under marginal conditions of soil fertility and moisture. Millets are cultivated in low-fertile land, tribal and rain-fed and mountainous areas. These areas include Haryana, Uttar Pradesh, Chhattisgarh, Gujarat, Rajasthan, Madhya Pradesh, Maharashtra, Andhra Pradesh, Karnataka, Tamil Nadu and Telangana.

Today we are going to give you the information about the cultivation of millet . Millet is grown in very large part of the country. This grain is used not only as a nutritious food, but it is fed to animals as green fodder.

Types of Millets in India

1. Barnyard Millet is a high source of iron and fibre. It is known as Kuthiravali in Tamil, Oodhalu in Kannada, Odalu in Telugu, Kavadapullu in Malayalam and Sanwa in Hindi.

2. Finger Millet is a staple that is a very good substitute for oats and cereals. It is known as Ragi in Kannada, Ragulu in Telugu, Kelvaragu in Tamil, Koovarugu in Malayalam and Mundua in Hindi.

3. Foxtail Millet is rich in minerals and vitamins. It is known as Thinai in Tamil, Kirra in Telugu, Thinna in Malayalam, Navane in Kannada and Kangni in Hindi.

4. Little Millet is also loaded with iron and fibre, the regional names are Chama in Malayalam, Same in Kannada, Samai in Tamil, Sama in Telugu and Kutki in Hindi.

5. Proso Millet is known as Barri in Hindi, Panivaragu in Tamil & Malayalam, in Kannada it is called Baragu and Varigalu in Telugu

6. Pearl Millet is a high source of proteins, it is known as Bajra in Hindi, Sajje in Kannada, Sajjalu in Telugu, Kambu in Tamil and Kambam in Malayalam

Millet is a kind of crop that easily grows easily in every kind of land. Still loam soil is considered to be the best for millet. Apart from this warm environment is good for millet crop. From 32°Celsius to 37° Celsius is the ideal temperature for millet. If some precautions are taken while cultivating millet, many types of damage can be avoided. Like if flowers are irrigated by the fountain in the flowering stage then the flowers may fall. Due to this, the seeds in the pod of the millet decreases. Same happens at the time of rainfall as well. Though rain can’t be stopped but damage can be avoided by taking care at the time of irrigation.

Second Remedy: When the crop is of 30 days old, then spray the G-Amino + G-Humic on the crop.