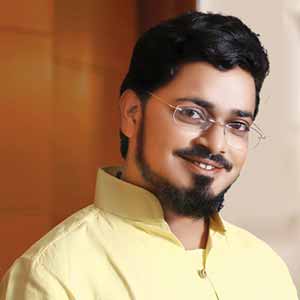 Freedom of living my life
The Royal President distributor is that ladder of the Galway business, after climbing it, a men personality becomes like a star. It has a network of thousands of Galway Shops team, which earns them lakhs of rupees a month. Similarly, the second ladder to make a man's dreams come true is the Royal President distributor. Royal President distributor rank below global diamond distributors. A businessman who occupies this rank can also reach the Royal President distributor rank by performing the business in the manner described as per the business plan. If you talk about the income that comes after reaching the Diamond Distributor rank, then just assume that you have a life in which there is no lack of wealth, fame and happiness.
Life full of hardships
We are telling you this so that when you read the life story of Mohammad Nasim Akhtar, then it does not sound like a fantasy and you get a good idea of the strength of the Galway Business Plan. Nasim Akhtar, hailing from Katihar, Bihar, was born in a poor family. His dream was to get his family out of poverty and give them a good and happy life. He also wanted to take his father and mother to Haj, but he also knew that it is difficult, for a poor boy to do so. To earn money for his family he used to take tuition. His problem was that the children who use to take tuition from him did not want to pay fees and wanted to take tuition for many subjects simultaneously. This gave him a thought to stop teaching but due to his financial condition, he could not do so.
After all, when he was tired of teaching, he felt that he should leave it and do some other work. He also tried hard to find some other work but he did not get any success. Helplessness is the worst thing, but Mohammad Nasim Akhtar was not made of clay to compromise his dreams in front of helplessness. He decided to make his own way. He started saving money from tuition so that he can go abroad and find some work for himself. Even he used to pray to God to give him good income work in his own country so that he does not have to go abroad.
There is a saying that if you ask God for something from the heart, then God definitely fulfills it. Suddenly, one day he came to know that Imtiaz, a boy from his own area, is doing business of retailing by distributing the products of a Delhi based famous company and earning good money from it. He immediately requested Imtiaz to get him a business of retailing too. Imtiaz was very impressed with Nasim Akhtar's talk. He told Nasim Akhtar that it would be better to understand this business well before deciding to do business of retailing and decide to do it only after it looks good.
Success gave wings to fly
Imtiaz showed a business presentation to give Nasim Akhtar about the details of business. Nasim Akhtar liked that business presentation. At the same time, he filled the form and took Galway 's distributorship for absolutely free. Happiness burst in his mind by knowing that now his life will change very soon. There are some principles to achieve success in any business. If work is done against those principles, success cannot be achieved. Nasim Akhtar neither took business training nor tried out the products and tested their features. Without knowing anything about the business, he started trying to make people a member of his team. The result was that his business reached the verge of closure even before it moved on.
Mohammad Nasim Akhtar wanted to leave the business disappointed and frustrated, but at that time, his senior told him that the success formula in the Galway business is that you first take training in business and go ahead with the methods mentioned in the training. On the advice of his senior, Mohammad Nasim started taking Galway Business exactly as it was described in the training.
Today he has a team of a large number of Galway shops, due to which they are earning lakhs of rupees per month. He also built many properties such as house, car, and land from the income of his Galway business, and made his dreams come true by taking his parents to Haj. He arranged his sister marriage in a royal style. The fabulous example of Nasim Akhtar's success in the Galway business is enough to show that if a person does not back out of hard work and patiently does business as described, then he can definitely create a history of success in his life.
Home / Login
User Authentication
Direct Seller Registration
Distributor Registration